Indonesia is one of the countries with the largest Muslim majority in the world. As many as 87.18% of the 237,641,326 population of Indonesia are Muslims. As the fact is that the majority of Indonesia's population is Muslim, Islam has greatly influenced the developing culture. Including the pattern of consumerization among Indonesians is very much influenced by Islam. The pattern of consumerization is comprehensive. One of them is the pattern of people's consumption of food ingredients. The phenomenon that occurs in connection with this is that the public understands the importance of consuming halal products, but does not have an accurate basis to be used as a reference for the halalness of a product. In the above explanation, it can be concluded that the Indonesian Ulema Council (MUI) has certified halal products and MUI has also labeled halal products, meaning that consuming good, halal food has been tried to the maximum by the government by taking the form of consumer protection and protection. With this the author wants to socialize about how to Consume Halal Food Again according to the Concept of Islam and the Indonesian Government

This work is licensed under a Creative Commons Attribution-ShareAlike 4.0 International License. 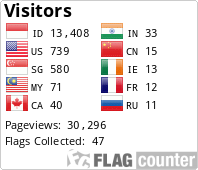